In Uncategorized on August 12, 2017 by Chris McIvor

I was out taking some photos of a derelict boat on the slough by Selkirk Park. The setup involved a tripod and zoom lens for some long exposure work. While the long exposure was going I turned around and noticed a grasshopper sitting on top of a flower (or weed, I’m not expert on these).

“If he’s still there when I finish this shot I’ll be getting the macro lens and the flash”.

After the tripod shot was done it was still sitting there on the flower, so I went to the car to pull out the macro lens and flash. While shooting the grasshopper was very calm and easy-going. It let me play around with angles a little, and I got the shots I wanted. Most of all, there were two shots that really stood out as he slowly moved around. I wanted to get something that had a little depth, some blurred out foreground and background with a sharp subject in the middle.

As a result of being patient and letting the grasshopper move to the right position I got these two shots: 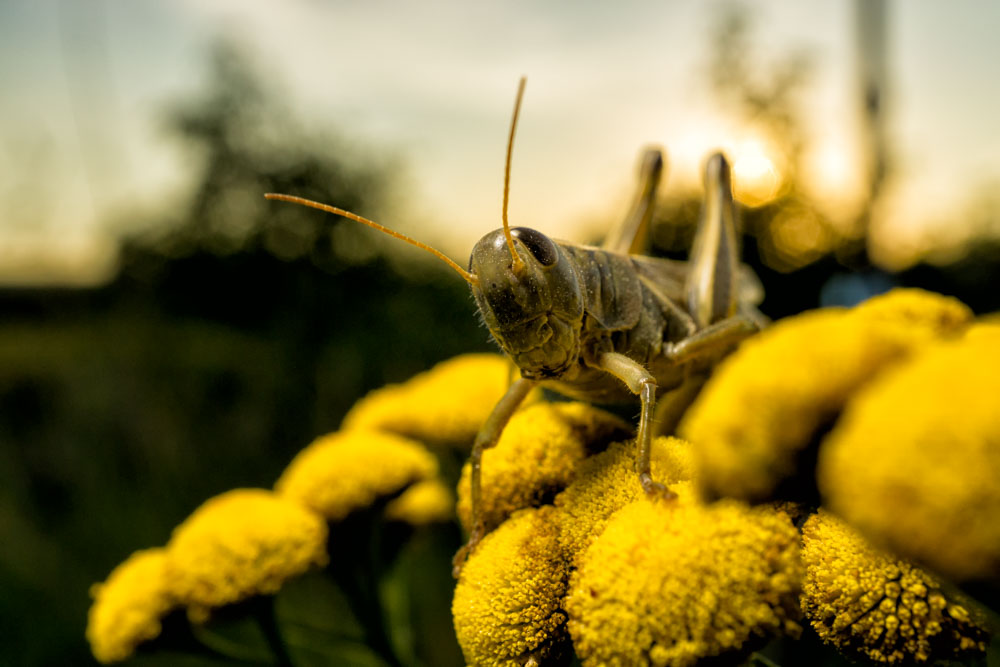 Grasshopper on a flower close-up

For a little more on the settings of the shots:

The grasshopper was large enough and it was getting late in the day which is why I shot at f11 for these.  I wanted to get some of the landscape in the back, so if I would have used a smaller aperture and stronger flash it would have blacked-out the background.

Very happy with the results because you rarely get such a cooperative subject.

These will be added to the Insects gallery for viewing pleasure as well.  Stay tuned for future posts.