In Uncategorized on August 05, 2017 by Chris McIvor

Work in Progress on a few things.  Websites and Photos.

Since moving the site over to WordPress it’s been a work a progress. I guess it will be for a while as I don’t always like everything.

I’m pretty happy with the speed of the site, but the presentation of it I’d like to get really tight before adding features to it. I’m not designing it by committee, it’s being designed on the go. Don’t be surprised to see things moved around. If it’s late at night don’t be surprised if something looks a little off while I’m fixing.

I can’t wait to get my first couple rolls of film from the Yashica Type A developed. I’m almost done the first roll, and I’m going to dedicate roll 2 to portraits. I’d like to work on the portraits on this film camera as they can give a look that is completely different from anything most people are doing on digital. There are some medium format digital cameras, but they are soooo expensive. This thing has an 80mm lens that shoots as wide as a 30mm lens on my a6000 but gives the image compression of the 80mm lens. It’s a different look when the photo is so wide but with that amount of flattening.

I’ll be done the first roll today, but I’ll probably be waiting on the 2nd roll to finish before developing.

I had a tricky setup yesterday with trying to shoot some bees with the macro lens.  My usual macro setup is a 30mm macro lens with a wireless flash and flash modifier. Looks like this: 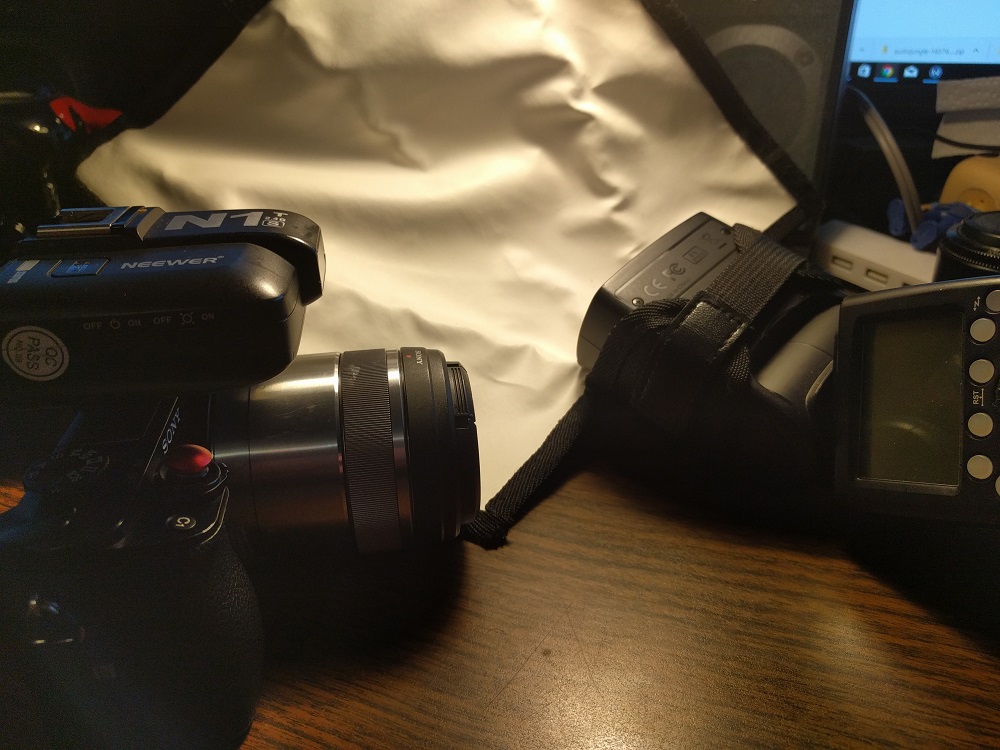 This was tricky because yesterday it was threatening to rain while I was shooting so there wasn’t much light.  This means I had to shoot at ISO800 to see anything in the background.  I was shooting at 1/2000 of a second because the bees move so quickly.  I would say I’m probably going to need a higher speed to pause the wings, they’re moving crazy fast. See this example: 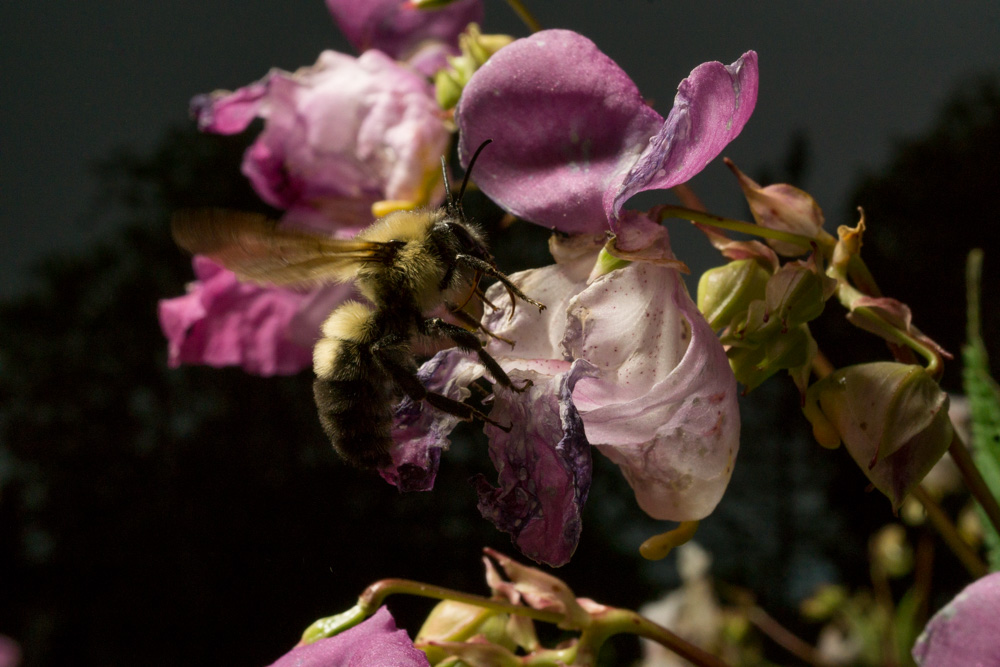 Bee landing on a flower

As you can see there are issues with the image here.

At the end of the day, you shoot with what you have. For what I like to do this setup works in the most environments. The reason I shoot with this setup is that I can have a really small aperture (f16 sometimes f22) so I can have a deep focal depth. When you shoot with a wider aperture you get a narrow focal depth.  Shooting macro you get an even more narrow focal depth because you are so close to the subject. When I shoot with a small aperture there’s less light going to the sensor but I can get everything in focus in one shot.

You might wonder:  How do you get a shot of a flower or a bug where you can see the entire bug or flower and the background has a smooth and soft blur?

Take a bunch of shots where you either adjust the focus area or slightly move the camera forward on each shot.  Then, use Photoshop to combine all the shots into one and combine all the in-focus areas to make one sharp bug or flower. In the picture above the bee was flying which means I didn’t have that luxury. With focus stacking, you’d have a subject that doesn’t move. So either the bug isn’t moving somehow (resting, defense freeze or dead) or a stationary object (flower, toys etc..)

I’ll put a link to a good video on how to Photostack from PHLearn.  As you can see there’s no risk of the subject moving:

To see more macro shots visit the macro galleries for Insects and Flowers.